This week I came across a strange issue. In a process running on an embedded device, one of the threads, at some point, remained stuck. Since the gdbserver was not immediately available for that particular target, I tried to add some printf() but without being able to understand what was going wrong.

Eventually, I managed to do a remote debug and... everything worked just fine. So, after double-checking my code, I started to think that the problem was due to the optimization made by that particular toolchain.

If you are not familiar with embedded devices terminology, a toolchain is basically a (C/C++) compiler with its libraries (libc and others) that compiles your source code for a processor/OS different from the one it's running.

In my case, I have almost the same code running on two different embedded devices, compiled with two different toolchains, both GCC-based. And this issue only appears on one of the two devices.

Leaving all the program not optimized is a possible solution, but I don't like it much. So I tried to look at the same old GCC attributes page until I found this:

The optimize attribute is used to specify that a function is to be compiled with different optimization options than specified on the command line.

Bingo! So this is how my thread function become:

And the rest of the program is optimized with standard -O2. 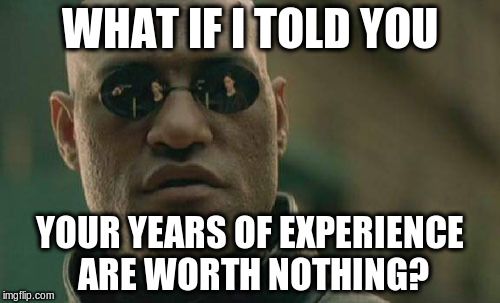 Today, my nine year old daughter told me that she is able to do everything with her kick scooter. She mastered it. Even if she uses kick scooters since she

Seriously, how do you think you'll do a good job if you don't like it? If you only work for the income, the best you can achieve is an average